Attention Deficit Hyperactivity Disorder (ADHD) has been the focus of debate for decades – from symptoms, to diagnosis, to effective types of treatment. Many misunderstandings about the disease exist, and even its causes are largely unconfirmed.

What we do know is that ADHD is not one specific disorder; it’s a family of related chronic neurobiological disorders that interfere with a person’s ability to

One of the most common childhood disorders, the Canadian ADHD Resource Alliance estimates that ADHD impacts 5-12% of school-aged children, with more boys diagnosed than girls. Leaving ADHD undiagnosed and/or untreated can lead to learning or anxiety disorders and social issues.

ADHD is considered to be a chronic disease; it’s generally diagnosed in children, at least half of whom will continue to have symptoms when they grow up. The core symptoms of ADHD include an unusual degree of hyperactivity, impulsiveness or inattentiveness that causes problems at home, in school, or in relationships.

Left untreated, ADHD increases a child’s risk of developing a learning or anxiety disorder, as well as social issues. Adults with ADHD often develop their own coping strategies to deal with symptoms, but may still find it challenging to keep to a daily schedule.

There is a more detailed list of symptoms available on our website, but any concerns should be discussed with your doctor; symptoms are not necessarily the same from one person to the next.

While the exact causes of Attention Deficit Hyperactivity Disorder are still undetermined, ADHD is described as a neurobiological disorder – a physical condition that affects the nervous system, the complex system of nerves throughout your body that controls how you physically react to things inside or outside your body.

The disorder might be caused by genetic, metabolic issues, or other biological factors. According to the National Institute of Mental Health in the U.S., environmental factors and even brain injuries can also increase the risk for developing ADHD.

One suggested cause, sugar, has generally been disproved, while research is ongoing into a possible link between hyperactivity and food additives.

One of the more controversial topics around ADHD, recommended treatments for someone diagnosed with ADHD. Possible treatments include medications, psychotherapy, and changes to their living, school or work environments.

The first step to finding help is getting a proper evaluation from someone trained to identify ADHD.

Academic support and clinical treatment under one roof. 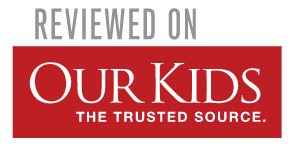 Check Us Out
Visit our photo gallery